Sword Art Online: Hollow Realization is the latest video game adaptation based on the wildly popular anime. In the original story arc, Kirito and friends found themselves trapped inside of the VRMMO world of Aincrad, where dying in the game meant dying in real life. After successfully defeating Akihiko Kayaba and freeing those trapped inside of Sword Art Online, that world’s game assets were then purchased and used to create a new world, Ainground, which is the basis for Hollow Realization.

Here, the familiar cast of characters all agree to take part in the beta event for Sword Art: Origins. Without the lingering fear of perma-death, many of the characters use the opportunity to visit this new, yet familiar world, as both a form of closure and remembrance. This is where most of them met for the first time, forming an unbreakable bond, while 4,000 players, friends and foes alike, lost their lives in Akihiko Kayaba’s death game.

However, upon arrival, Kirito receives a strange message in-game from a sender known only as “C.” claiming “I’m back in Aincrad.” If you’re familiar with the anime, you know that the 100-floor sky tower exploded at the end of the first arc. So what could this message mean? And who is “C.”?

This isn’t the only mystery in Hollow Realization, as an NPC with no parameters begins socializing with the Sword Art crew and uses the experience to form her own opinions, becoming sentient in a way. Premiere, as she’s eventually dubbed, plays an integral part in the story, triggering a series of quests for 6 magical stones that shouldn’t even be appearing in the game yet.

This hidden quest is set to reshape the world forever.

There’s a lot of interesting narrative going on in Hollow Realization, which is fleshed out slowly over the course of 40+ hours, but it’s an unfortunately average experience for anyone that’s not a fan of the source material.

Hollow Realization suffers from frequent grammatical errors and typos, an unnecessarily tedious affection system, relatively dull environments, and some of the worst A.I. controlled party members I’ve seen in recent memory. Although problems abound, I was oddly compelled to push forward and found myself obsessively playing over the last seven days.

Much of the story is told through storyboard narrative sequences, in which portraits of the characters are shown while delivering their Japanese dialogue over English blocks of text. It may sound like I’m over-exaggerating, but there’s a grammatical or spelling error in nearly every conversation. How this translation made it through quality assurance testing is baffling. It’s distracting, unfortunate, and plagues the only method of storytelling the game has to offer.

The entire cast of Sword Art Online is present and accounted for, and they’re all readily available to party up with on your adventure. As a fan of the anime, it was nice to see such a massive roster of favorites to choose from, like Klein, Silica, Agil, and Leafa. Hollow Realization’s enjoyment relies heavily on its fanservice, so opening up the entire surviving roster is a solid selling point.

Each of the cast members have their own affection level towards Kirito, which must be raised through combat or side-quests in order to “gift” them new weapons and armor, or through personal one-on-one dialogue if you’re interested in taking them back to your bedroom for a little pillow talk.

Raising affection levels is unnecessarily tedious, but it’s required if you ever want to customize your party’s gear. Most familiar NPCs start out at affection level 3, which is the level required to invite them in to your party. Unfamiliar NPCs are level 1, but can be raised to level 3 by undertaking their side-quests on the request board back in the Town of Beginnings. An NPC must be level 4 in order to receive weapons from Kirito, and level 5 to receive armor.

While battling it out, party members occasionally display an emoticon, like sexy, warlike, or fiery, which adds XP to their affection levels by responding with a press of the R2 button. Each emotion supposedly alters their A.I., either by increasing their HP regen or their method of attacking, though I rarely noticed a difference in nearly 40 hours of playing.

This is meant to be a long journey, but tedium isn’t always fun.

Even after building up their affection levels, your party’s A.I. is downright terrible. They’ll often stand in deadly attacks or puddles of poison, they never heal themselves, and rarely attack unless manually commanded. By holding L1 you can issue a series of these commands, like attack, heal, or dodge, but these are supposed to be experienced MMO players, not mindless drones that need to be told that poison is bad and potions are good.

As Kirito though, I found the combat to be relatively satisfying. It’s standard action RPG fare, with slashing combos and special abilities, but mimics the MMO world by having hotbars set up with buffs, potions, and whatever else you want to throw in there. The UI reminded me a lot of Final Fantasy XIV: A Realm Reborn, which is in no way a bad thing since it transitioned quite well from keyboard to controller.

There’s a large variety of weapons to choose from, like one-handed swords, axes, and scimitars, and each have their own mastery levels and skill trees. Leveling up one-handed swords presents a standard tank style of play, focusing on defensive abilities and parrying, but those willing to invest the time can unlock Kirito’s iconic dual-wield style from the anime. Each skill tree has their own abilities, buffs, passive perks, and hidden EX skills to unlock, giving those of you with the desire to taste everything a steady stream of content to digest.

Another aspect of Hollow Realization that I really enjoyed was how it portrayed itself as an actual MMO. Whether you’re back at the Town of Beginnings or off adventuring, you’ll always run in to groups of NPCs partying up, having conversations, or working together to slay monsters. You’ll even combine forces with large parties of NPCs when battling against a giant raid boss at the end of each zone.

Of course you can also take on these monsters with other players, who proved to be far more competent. After defeating your first raid boss in the single-player story (roughly 10 hours in), you’re given the ability to access a Monster Hunter-style multi-player lobby to either adventure with your friends in co-op sessions or to join a random matchmaking group to tackle any of the game’s raid bosses for loot and weapon skill-ups.

Random matchmaking is both a blessing and a curse. On one hand, these encounters were way more fun with actual human players that dodge, attack, and heal on their own without the need for manual commands. It was neat to see how each person customized their own Kirito and catch a glimpse of weapon skills or tactics I hadn’t considered myself. On the other hand, there’s no level requirements and matchmaking doesn’t care which raid bosses you have or haven’t seen yet (so it can be a bit spoilery).

This particular example happened during my first matchmaking attempt, as I was only level 17 and was matched up with three level 60s who were farming one of the game’s final bosses. That’s fine and all, but there wasn’t much a level 17 was going to do against a high level enemy. I felt useless, apologizing through emotes and getting one-shotted in my futile attempts at being helpful, but nobody seemed to mind. After an hour of boss kills I had already elevated myself to level 42, which kind of made the rest of the game unbalanced and far less challenging.

Like a majority of Hollow Realization, it doesn’t appear that a lot of TLC went in to matchmaking. I spent the better part of 5 hours teaming up with different groups and I always had a great time, but it’s a shame that it doesn’t take a user’s level or story progression in to account when pairing them up with other players. Not everyone is okay with drastically out-leveling content.

Graphically, Hollow Realization definitely feels like a PS4 port of a Vita game—given that it’s available on Vita as well, this comes as no surprise. Many of the game’s environments feel either openly barren or littered with repetitive corridors, none of which are visually impressive. The character models are fairly accurate and the monster designs aren’t terrible, so it gets the job done, but there’s clear limitations set in play by the Vita’s hardware.

Despite its glaring flaws, Sword Art Online: Hollow Realization can be a fun action RPG for any fan of the source material. If you love the world it’s created over the years and the colorful cast of characters within it, like me, you’ll find things to enjoy that’ll keep you playing way in to the midnight hours. For anyone that doesn’t fall in to that camp, there are far better options out there on PS4 and Vita.

As someone who’s invested an embarrassing amount of time in to various MMOs over the years, this truly felt like a living, breathing MMO world, just full of NPCs instead of actual people. The attacks and abilities, the reactive dodging and mitigation, the world-boss events, and working together to face off against deadly raid bosses is all effective at making Hollow Realization feel rooted in Sword Art Online’s VRMMO world. It does feel a bit shallow, forgoing traditional, fun MMO aspects like fishing, cooking, and crafting, which are all present in the anime, while instead adopting more unwanted tropes like reskinned enemy designs and filtering through an overabundance of useless loot. But as a traditional JRPG moonlighting as a fake MMO, it definitely succeeds in its overall feel.

Hollow Realization is for core fans of the series, and not much else.

A copy of Sword Art Online: Hollow Realization was provided by Bandai Namco for this review. 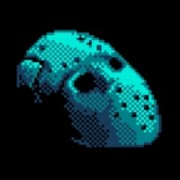 THE WORLD ENDS WITH YOU Sequel Announced

ATELIER RYZA 2 TO LAUNCH ACROSS EUROPE IN JANUARY

THE WORLD ENDS WITH YOU Sequel Announced

ATELIER RYZA 2 TO LAUNCH ACROSS EUROPE IN JANUARY