In this future world, the Earth’s surface is no longer habitable due to pollution. Humans live in cities above the smog, while the surface below, unknown to them, is home to a race of mutants. These mutants soon find out that Angel Blade, in all her might, appears as a force of justice to protect women. This parody of Go Nagai’s manga and anime, Cutey Honey and Kekko Kamen, inherits a touch of magical girl essence for the main character’s transformation scenes. When it comes to the execution of the plot, this hentai meets its goal. While the animation is average and the art style is an older type, it makes up for it with its outrageous and funny storyline. The character design is mainly futanari, so the ratio of female characters to male characters is equivalent to that of a harem, but just in reverse. Nevertheless, it shows promise in satisfying its target audience and those hormone crazed characters.

Kenichi, along with several of his schoolmates, stay after school to scope out a bizarre looking mirror that they discovered. Out of the blue, the entire building is transported to an alternate dimension and a magic field surrounds it, preventing them from escaping. Their minds have switched to other people’s bodies and the only way to switch bodies is when their sexual emotions are high. Kenichi must find a way to return everything back to normal before the dimension falls apart. Is it just me or is the concept of recurring body transfers absolutely hilarious? It is almost like a game of leapfrog or even “body-hopping”. How absurd! I still enjoyed it and I will probably watch it again. Let me say, that the title gives a hint to the storyline of this anime and it is quite enthralling minus the few plot holes, but I’m satisfied with the silliness of it all. Let me just end this one by saying that the art style was pleasing to the eyes and I’m not just talking about the nudity or am I?

Keiichi has always been unable to hold down a job because of his unintentional ability to seduce every girl that he met. I’m not going to spoil this one for you. You should see this yourself, but what I will do is tell you how I feel about it. The character types include sexually forward females and a guy who is a seemingly submissive chick magnet, which is absolutely interesting for a change. The comic relief fits well with the storyline and gives a relaxed feeling towards the characters. The animation encompasses the use of ahegao which is a trend that may not appeal to everyone and also affects its ranking. I’m not trying to be biased, but ahegao is really creepy. Does anyone agree with me? Please tell me I’m not just some sort of party pooper.

The story is based on members of an eroge studio that are working hard on their potentially successful, new title due to their past failure. When I say “working hard” that is happening in more ways than one and you might find yourself liking it. This hentai was quite enjoyable, especially due to the storyline and the reasoning behind what each character does. The crisp and attractive art style and animation quality is worth noticing as it has a smooth, consistent finish. It is a good watch, especially if you are looking for a good laugh. It succeeds #4 because there is more to this particular story which gives it a boost in ranking.

The story is about an academy where a strange cult is secretly below the surface. The cult’s leader is seeking a virgin for a body transfer ceremony, while she simultaneously uses her sex magic to control those around her. Prepare yourself for what some might call a really intense, yet sexual storyline. The anime incorporates its captivating and sometimes graphic storyline with a dark, gothic theme, however, it is not overshadowed by it. The detailed character design adds to the appeal of the story, which in itself captures the audience. While the character design and art style were well done, the consistency of its smooth animation was not perfectly constant which did not permit it to be #1.

Editor Notes: Bible Black also has a sequel called Bible Black: New Testament and a visual novel game for it can also be found on HentaiGamers.net. 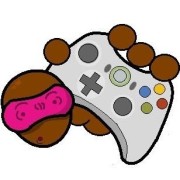