Sword Art Online … why? Why am I reviewing this? Of all things?

In 2022, the birth of a new Virtual Reality Massively Multiplayer Online Role-Playing Game is about to explode. (Oh snap that’s in seven years!) Sword Art Online is the new game in town, but as we soon find out, is a death trap set by the very creator himself, Kayaba Akihiko. He personally trapped members who started playing Sword Art Online that day by not including a log out button and any attempt at removing the NerveGear (the machinery that allows people to enter virtual reality) would result in the NerveGear producing an electromagnetic wave that instantaneously kills you.

The second arc of the show is widely considered a failure by the anime community, which judging by production, is kinda true because what drew people into Sword Art was the seriousness of the death toll. The need to escape this virtual reality and when the second arc came in, they threw that concept out the window and turned the show into the cliché “main protagonist saves damsel in distress”, which people hated. On the other hand, me being the simple person I am, just enjoyed the action in the show. Just put Kirito swinging his sword and I’m sold. Like this scene below that happened in the second arc:

You have the bad-ass main protagonist that wears all black everytin’, Kirigaya ‘Kirito’ Kazuto, the bad-ass female lead who’s actually not as bad-ass as portrayed in the early episodes of the show, Yuuki Asuna, and Kirito’s large harem which I don’t really care about. Oh yeah and that blacksmith, Agil. He’s also black. No offence, I just like noting people in anime that are black cause they’re a minority in anime. As for character development, there not much in this show that makes you go “wow, they’re totally different from what they were at the start of the show” other than Kirito and Asuna getting chummy (for those who swing that way).

Sword Art has a very stylized art which I thoroughly enjoyed watching such as sword swings and even the menu screen.

Character designs are spot-on with the various hair colours and clothing they put into the show.

The structures were fantastic and creative like the World Tree or Aincrad, and as I think about it, when I think of great structures in anime, Aincrad is the first one that comes to mind. 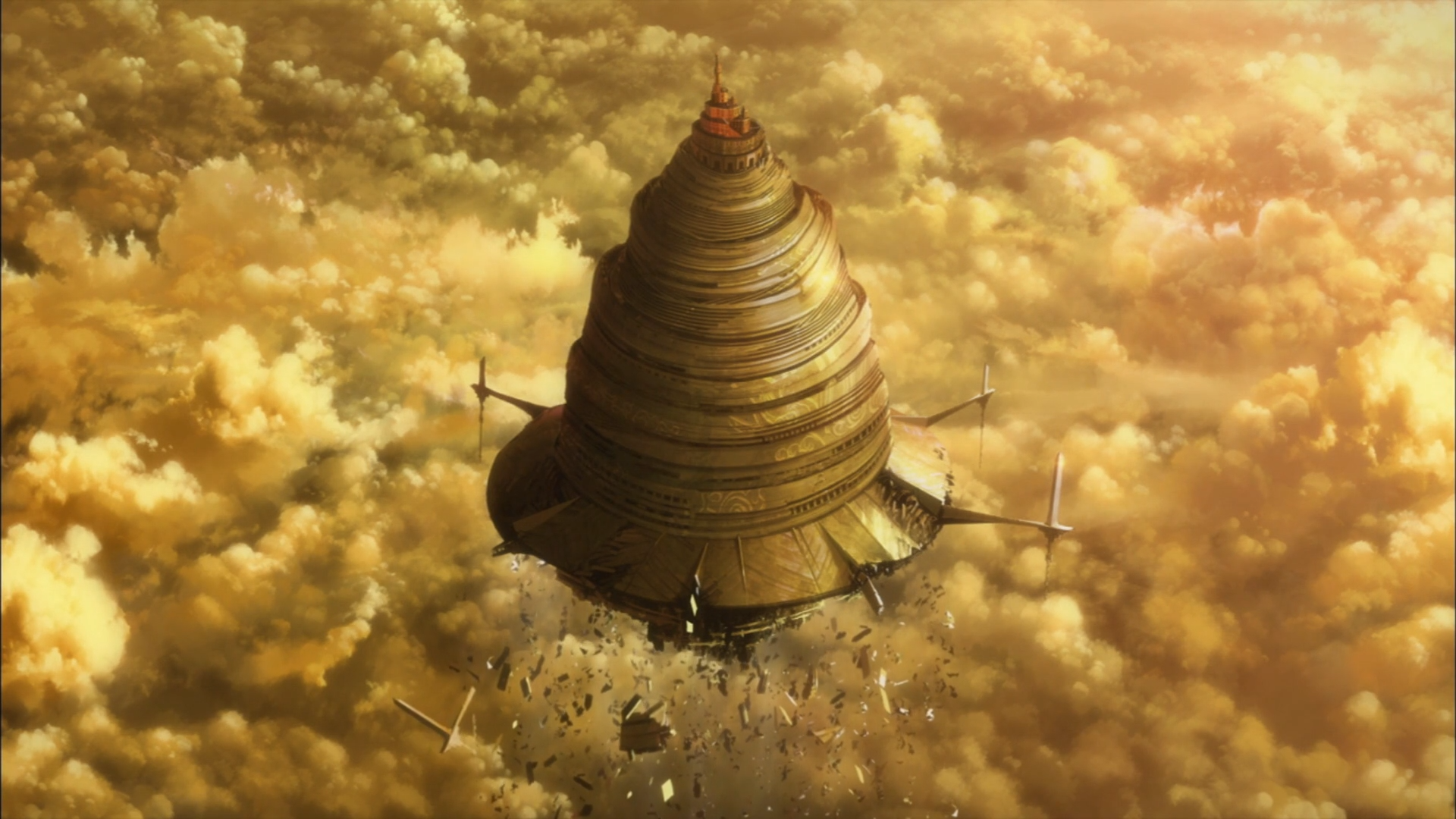 Damn son, have you heard the opening song? This was my jam back in the day, it was just so energy pumping. The show has a fitting ost containing notable songs like Swordland or A Tender Feeling. Overfly is also a beautiful ending song that I actually didn’t know about until recently cause I play this rhythm game call Osu! where I found the song.

Za Wordo is where I pick one to three words that best represent the show and the word I picked for Sword Art Online is Potential. The show really did have “potential” to be a masterpiece with such a powerful first episode, but since it wanted to be everything, it made the show conflicted and confused. Quoted from my good friend Larry, “the show switched genres every two episodes. Action/adventure to psychological to romance”. You could be really nitpicky, and point out every flaw the show has, or you can ignore the flaws and enjoy the show.

Should you watch Sword Art Online? Yes, so that you understand the hype the show had back when it aired in the summer of 2012 and so that can decide whether the show is absolute garbage or the best show ever. In any case it was revolutionary along with .hack//Sign by joining anime and gaming community together! … kind of.