Now, you may be wondering:

What the heck is this about?

Essentially, what this petition wants to achieve is to bring Neon Alley, an online anime streaming service, back to the Canadian region, or at least make it available in Canada as well as in the U.S., where it is currently region-locked alongside Hulu.

Now, in order to do that, Viz Media requires a Canadian company to support this venture.  Unfortunately as of late, not a lot of companies showed interest in partnering with Viz Media.

Enter Corus Entertainment, a major Canadian broadcasting company stationed at the heart of downtown Toronto that is primarily known in the children’s television market, being the owner of two of the most well-known children’s networks in the country (YTV and Teletoon) in addition to localized versions of other major networks originated in the U.S. such as Nickelodeon, Cartoon Network, and the Disney Channel.

As such, Corus was the one responsible for the airing of anime for the majority of Canadian television for almost 20 years now, so it would be perfect if the company would partner with Viz Media in order to bring Neon Alley back to Canada ever since it left for Hulu over a year ago.  The company’s broadcasting experience can not only help more Canadian viewers get back in touch with anime, who most of which have plenty of experience watching anime on TV as a kid/teen, but also help solidify mainstream anime culture here in Canada even further.

Currently, the petition is halfway to the 200-mark goal needed to have Corus Entertainment at least consider the prospect of teaming up with Viz Media.  In essence, the 200 signatures are to show Corus that there is a potential market of anime-lovers who would generously support shows being broadcast on Neon Alley, as there are a plethora of anime that aren’t necessarily streamed legally in this region, having to rely on other sources such as Funimation and Crunchyroll to do so, and even then there are still plenty of anime to be added.

Who knows?  If this petition goes well and Corus does team-up with Viz, we could see a drastic growth in the North American anime market.

We might see Corus bring back anime on TV, even making Neon Alley it’s own thing a la Toonami.

We might have the same mainstream-ness of anime here in Canada as the United States.

But to do all that and possibly more, we’ll have to start with small steps, and that can only happen if we pool our efforts and energy together.

If you wish to do so, you may help sign the petition here: Link

Thanks for reading!  This has been Ken, and I’ll see you guys in the future! 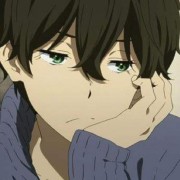