The New 3DS XL launched in North America February 13, 2015, and I was able to get my hands on a black model at midnight. Do the new feautures make it a worthy upgrade, or should you stick with the 3DS you already have?

Probably the biggest hardware change to the system is the analog nub located next to the ABXY buttons. This works great for moving the camera angle in games like Majora’s Mask, but not all games will use this feature, and using the stylus on the touchpad is still an option. I am really enjoying the quick camera movements available with the nub in Majora’s Mask, but I’m not sure this is a must have feature.

The New 3DS has a built in NFC reader to scan Amiibo figures. Super Smash Bros. Is currently the only game on 3DS to support this feature, with two more titles announced later this year. If you have a large Amiibo collection, this might be an important feature for you. However, Nintendo is going to release a stand-alone NFC reader later this year to work with old 3DS systems.

The new 3DS has a faster processor, which helps games boot up quicker. There is at least one new game, Xenoblade Chronicles 3D, that will only be playable on the new 3DS systems with the faster processor. It is unclear how many games will fully take advantage of this faster hardware. Some games boot up noticeably quicker, such as Super Smash Bros. I only had two copies of Kirby Triple Deluxe to compare, and as you’ll see below, for this game, the difference was about one second.

The best new feature is made possible by the faster processor and a new camera on the inside of the 3DS. Have you given up on 3D on the previous 3DS systems because if you shift even slightly off center the 3D effect is lost and everything becomes blurry? Nintendo has finally fixed this issue with face tracking. The new camera keeps track of where your face is, and the image is constantly remapped to the screen to match with where your eyes are currently looking. This provides you with flawless 3D, you are always in the sweet spot. This is by far the biggest improvement I’ve seen on this new system.

Reasons you might NOT want to get the new 3DS

I’ve enjoyed my few hours with the New 3DS, and as a heavy 3DS user, I’m thrilled with the new features. The purchase was worth it to me, but everyone’s situation is different. Here are a few issues you should consider.

The New 3DS is $200 in the US, and the older systems are already going on sale. Pretty soon you might see older 3DS XL systems at almost half the price of the new systems. The older systems will still be able to play 90% of all 3DS games, and might be a better option for you.

If you already have a 3DS and are considering an upgrade, you need to know that the system transfer process is a serious pain. You will need a PC, a wireless router, both systems, and a screw driver with a very small bit. The battery cover has to be removed on the new system, and it is built with very flimsy material. I followed instructions and pried it open carefully with the stylus, and I still gouged the tabs on the sides. Then there is the long transfer process, filled with scary messages like, “Your system memory will now be formatted, and all files will be deleted. Proceed?” I was lucky and already had a miniSD card in my original system, and the process was still an hour and twenty minutes. Seriously, watch this official video.

I am having a great time playing Majora’s Mask on my New 3DS. The analog nub and better 3D are both really helping me enjoy the game even more than I would have on my old 3DS XL. The new system was the right choice for me, and I hope this article helps you decide if the New 3DS is for you. 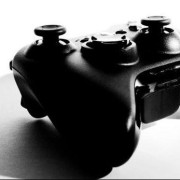