Coming from a HUGE Zelda fan to put it lightly I was extremely overwhelmed to learn about Zelda WiiU and even more overwhelmed when it was announced prior to the 2015 E3 convention that it wouldn’t be making an appearance. As the days went on I found myself speculating what was to come from Nintendo on this grand stage with the whole world watching. I spoke to many people who said roughly the same thing that went like “Nintendo said no Zelda WiiU so no Zelda at all”. Well I knew better than to believe that a company that has been there my whole life and an outlet for me in many ways woud be showing without a mention of Zelda in some fashion.

I sadly never got a chance to watch the conference per say but I did listen in via the twitch app on my smart phone. To my pleasure not long into the conference I heard the tunes of a game that has not only revolutionized the industry but is buried deep in my heart as my favorite title.

When I first heard the melodies playing in my ear I knew that it wasn’t going to be what I wanted but maybe something I’d be begging for once I learned of its existence. Zelda WiiU is obviously just that a WiiU title and because of that I knew this would be for their other platform the 3ds. The title they announced was “The Legend Of Zelda Triforce Heros” the reveal was amazing I honestly got excited with the title. As it sank in over the next coming seconds though I realized it said “heroes” and I’m not a fan of the multiplayer Zelda titles not because they aren’t good games but I have no siblings and hence playing 3 links or playing with AI’s just isn’t fun.

The main idea of this title is that there are 3 players who all control an individual Link character who need to work together to defeat the dungeon. It has been revealed that you CAN play solo OR you MUST have 2 other players. So if you are looking for a game for you and a sibling or you and a spouse or just a friend this will NOT be the Zelda game for you unless there are three of you.

On a plus note for some players (not myself but some) this title is the first to take outfit changing to an extreme, In the E3 demo (below) you can see that each player (“Link”) can change his outfit to acquire a new skill or power. This is an interesting tweak on just acquiring a bracelet to move HUGE boulders or bombs, requiring a player to completely change outfits to gain access to that power is a new twist on a game that really hasn’t changed much since the 90’s. So I look forward to hearing how people enjoy the outfits and seeing if you can come up with your own designs.

The art style is reminiscent of a link between worlds and looks beautiful. There is no way to really describe this other than “Zelda 4 swords” meets the graphics of “A Link Between Worlds” the best I can do is show you in the E3 trailer located below.

As you can see it looks like it would be a fun game for you and two friends or siblings. But not my style for single player action.

Only time can tell if this is going to be a success in the Zelda world or just another title that is adored by some and only whispered about by others. I will keep you up to date on any announcements made on this title as it nears release and let you know how it is IF i get the urge for a Zelda title this year! 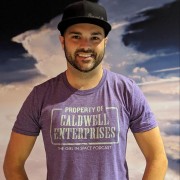